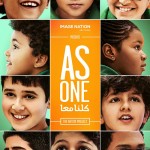 Mina is thrilled to announce that the film, As One: The Autism Project, he/she had the honor of working on as theater and comedy coach will be released in UAE Cinemas to mark World Autism Day from April 3-7. Participating theaters include VOX Mall of the Emirates in Dubai and at Yas Mall, Abu Dhabi. Don’t miss it!